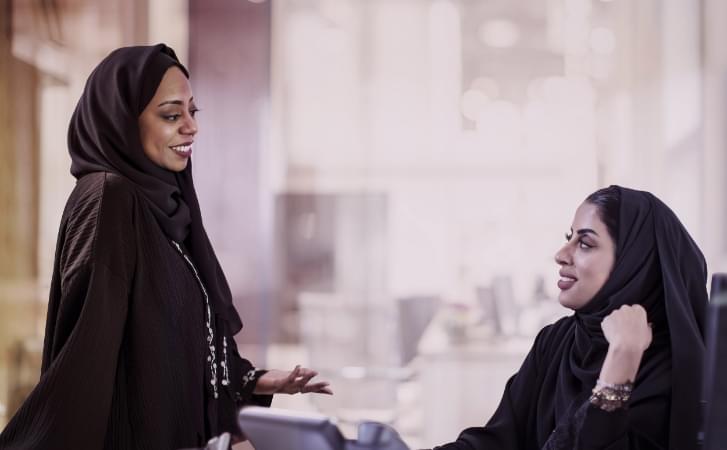 Sharjah 24: Saud Salim Al Mazrouei, Director of the Hamriyah Free Zone Authority (HFZA) and Sharjah Airport Free Zone (SAIF Zone), underlined that the Emirati Women’s Day is an important occasion to celebrate the achievements of the Emirati women, who are representing an example and a role model for the Emirati girls towards achieving even greater achievements for the growth and prosperity of the UAE at all levels.Al Mazrouei pointed out that the UAE is one of the region’s first countries to foster the role of women in various domains, from their leading positions in the public work through to different business sectors, including the jobs which entail a staff with high qualifications and competencies. He added: “Emirati women have demonstrated their competency and worth throughout the years. This is apparent in their assumption of senior and leadership positions in various fields and sectors in the country. We can’t also overlook the effective and tangible participation of Emirati women in the process of development and society building, in light of the vision of the wise leadership and endless government support.”

Al Mazrouei noted that appreciating women’s role and reinforcing their stature is a constitutionally guaranteed right laid down by our wise leadership. “It’s not therefore surprising that the UAE has ranked first in the world for treating women with respect and also in terms of bridging the gap between both sexes. Such a milestone which reflects the high position of women in Emirati society and our respect to them,” Al Mazrouei explained. He went on saying: “The percentage of female citizen employees in various departments of HFZA and SAIF Zone is witnessing a notable surge, thanks to their competency in performing the assigned tasks, in addition to the senior and high positions they assume, whether in administrative or leadership posts.”

Get all the eyes on your brand. Advertise with us.

Register your email. A link for download will be sent to your email address.

Do you have any questions?